The number of higher price rejection candles at $1.2 displays the Cardano(ADA) buyers failed attempts to overcome the $1.2 resistance. The potential reversal could slump the altcoin to the $1 mark, providing a pullback opportunity. However, the $1.14 mid-support level restricts the correction rally to reach $1. 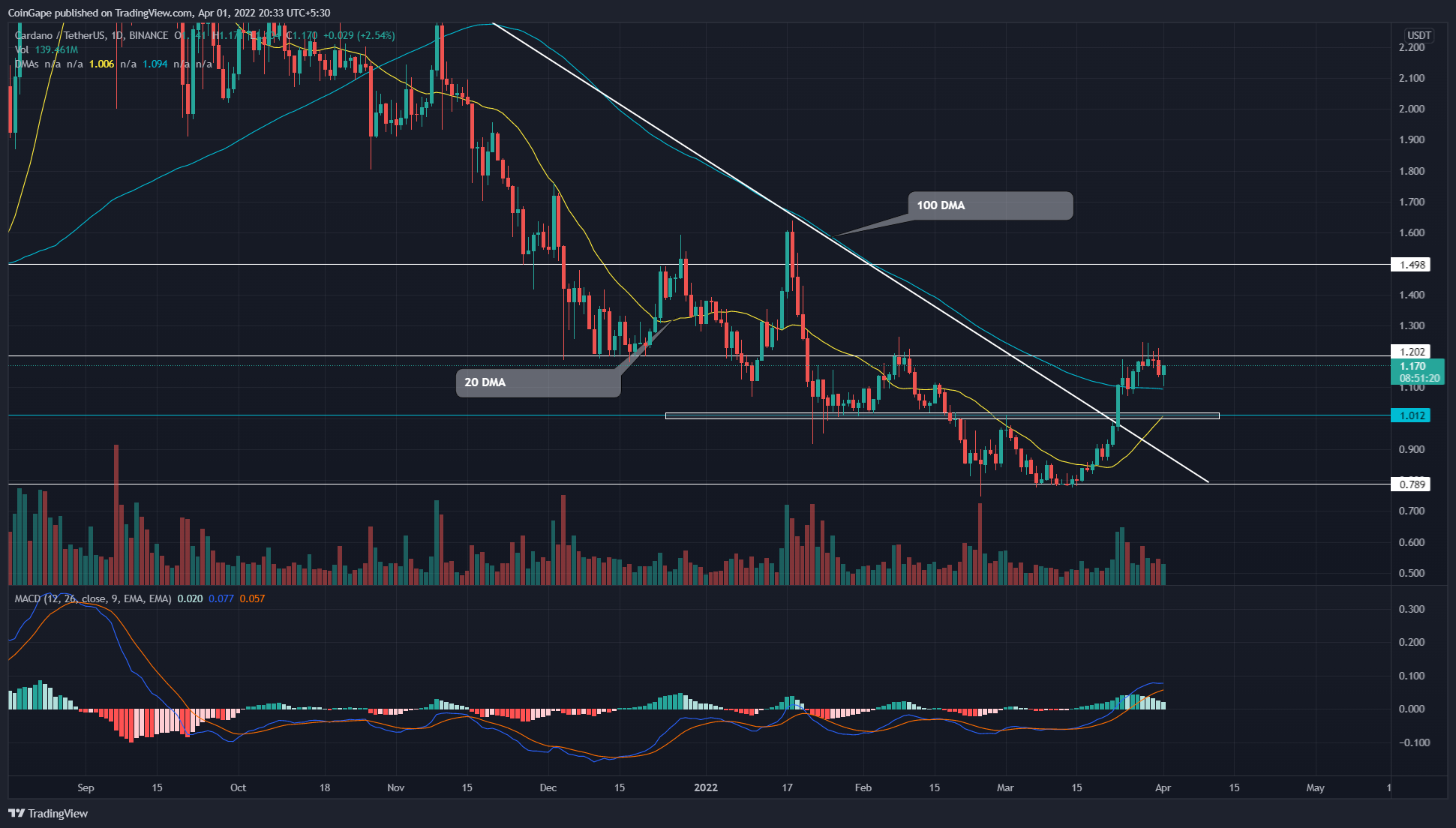 The parabolic rally initiated during the second half of march drove the ADA/USDT pair by 50%. On March 23rd, the recovery rally breached a combined resistance of descending trendline and the $1 crucial level with a long bullish engulfing candle.

The buyers pushed the altcoin to the following resistance of $1.2 as they aimed for another breakout pump. However, they failed to breach the overhead resistance even after several attempts, indicating the traders are actively selling on a higher level.

The potential bearish reversal could sink ADA price 12.56% down to $1 support.

On the other hand, a minor support level at $1.12 and a 100 DMA slope prevent further decline and assist buyers to rechallenge the $1.2 resistance.

The flattish 50-and-100 DMA along with 20 DMA suggests buyers are gaining control over the sellers. Moreover, a bullish crossover of 20 and 50 DMA could encourage the $1.2 breakout.

The MACD indicator lines(MACD and signal) moving above the neutral zone maintains a bullish tendency for traders. However, the narrowing gap between these lines threatens a bearish crossover.

The post Cardano Price Prediction: Are We Revisiting $1? appeared first on CoinGape.