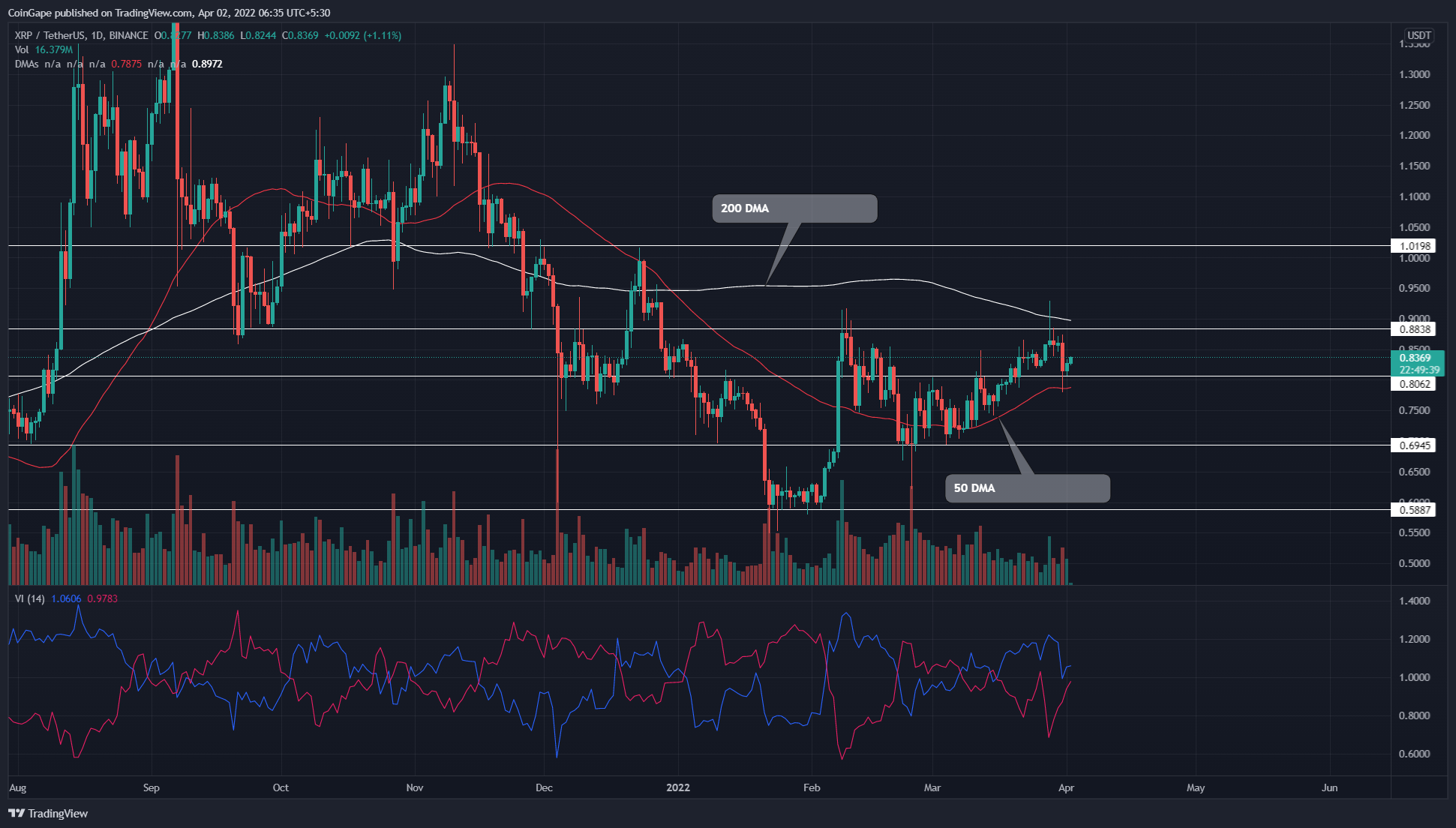 The Ripple(XRP) presented a V-shaped recovery as the coin price bounced back from $0.7 support on March 4th. The buyers led a choppy but steady bull run which breached the $0.8 local resistance.

The follow-up breakout bolstered the buyers for another leg-up, which drove the altcoin 10% to its previous swing high of $0.88. On March 28th, the buyers tried to pierce this overhead resistance, accompanied by a significant rise in volume activity.

However, the sellers reverted the price with the same force and thrust a candle closing below the $0.88 mark. The bears tried to follow up on the rejection and pull the price lower, but the flipped support levels of $0.8 restrict them from further decline.

A potential reversal could push the altcoin back to $0.88 resistance and reveal the formation of a cup and handle pattern. A successful breakout would trigger the bullish pattern and encourage further recovery in price.

Alternatively, If the sellers breach and provide closing below the dynamic support trendline, the altcoin would revisit $0.7 support.

EMA– The XRP price resonates between the 50-and-200-day EMA. a genuine breakout from either of these EMAs would offer additional confirmation for the next rally.

Vortex Indicator– The coin price gradually rises towards the $0.88 resistance, preventing a bearish crossover among the VI+ and VI– slope. The increasing gap between these lines would emphasize the growing bullish momentum.